This is a three-dimensional version of the block breaking game.
Control the racket, hit back the approaching ball, and hit the block to destroy it.
The racket can be moved by dragging.
Destroy the blocks to make a hole in the wall, and when the ball enters the other side of the wall, the stage is cleared and the player proceeds to the next stage. As the stage progresses, the racket becomes smaller and the ball speed increases. You can start from the easiest stage by pressing the "Initialize Stage" button. The planets of the solar system are used as stage names, so you can learn the names of the planets and the order in which they are lined up. 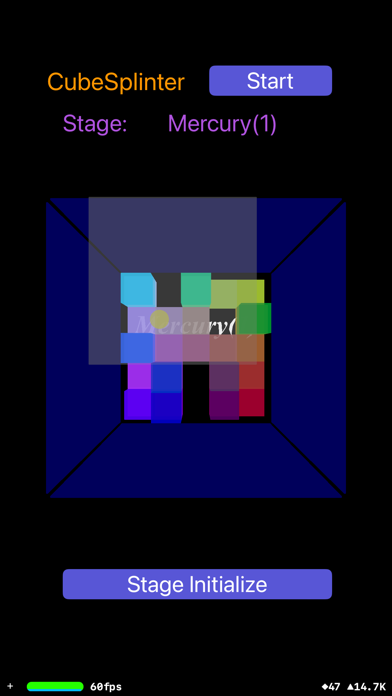