From the #1 website to make your child smarter - www.mrthorne.com

Divide and Conquer is the second maths app from Mr Thorne Productions, the team behind the Mr Thorne Does Phonics apps which have had huge success on Youtube and the App Store around the world. This app is a sister app to the successful Times Table Terra app which has been in the top 30 educational apps in over 30 countries around the world.

Created by an UK school teacher, Mr Thorne's Divide and Conquer is educational and fun, suitable for the classroom and for the home. 50 mental maths tests based on the division facts / inverse times tables, beginning with the '÷ 1' tests, '÷ 2' tests and so on, leading all the way to the '÷ 12' and beyond. Different difficulty settings mean you can be tested in order (NEWCOMER LEVEL), with a mixture (ELITE LEVEL) or be challenged by LEGEND mental maths divisions such as '255 ÷ 5'.

This app is also ideal for children revising for 7+ and 11+ examinations.

There is added support in the form of Mr Thorne's times table tutorial videos which act as a back up for working out division facts from its multiplication table.

Score 12 out of 12 on each difficulty setting to win a planet for your planetarium.

Can you find all 18 planets?

Or get all 4 maths operations in
Mr Thorne’s Maths Universe - https://itunes.apple.com/gb/app/mr-thornes-maths-universe/id789660735?mt=8 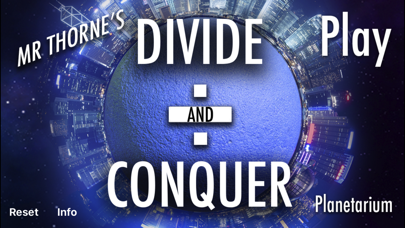 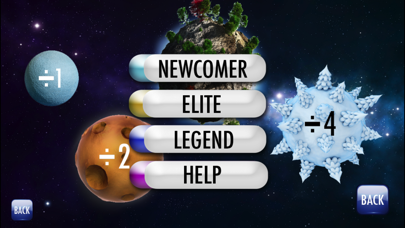 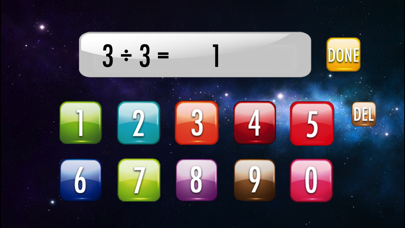