For all the fans of the Minecraft game 2022, we have prepared an app that will make it easier for you to find mods, addons for Minecraft, and give you access to more than 5000 unique skins, maps and mods for MCPE 1.19.
Our team daily selects the best addons and super tools for Minecraft from all over the Internet. That's why in this app you'll find weapon for MCPE, top horror games for kids in Minecraft, and of course, the juiciest novelties. Among which are: Minions Skin pack, Backroom Mobs Enemies, and Be a Mob mod.
For convenience, we distribute all craft mods for Minecraft PE into sections and subcategories. So every fan of modpack mod for MC PE can quickly and easily find a car maps or weapon addon, or Morph Mod MCPE and other.
If you are a fan of anime skins for Minecraft PE, we have collected the best of the world of Japanese animation. In the app you'll find, as already loved skins, maps and addons for Minecraft: Super Punch Mod, Ninja mod for MCPE, Slayer Addon Demon. And the latest additions, which are released by hundreds every day.
Also, in our app there are sections with weapons and guns for Minecraft PE, where there are mod rocket launcher, survival maps with guns. There are sections with cars for MCPE: supercars mod, Airplane Helicopter Vehicles addons and even tanks for Minecraft!

We love Craft games and that's why we made our app with love, so that every fan will enjoy the maps addons and mods for Minecraft PE.

DISCLAIMER
This App "Addons, Mods for Minecraft PE": The title, intellectual property rights, and any other interests belong to its publishers or owners. We respect such legal rights and interests of the publishers or owners. This app is not an official Minecraft game app and is not affiliated with Mojang AB. This app makes proper use of the assets and brands in accordance with the guidelines described on https://account.mojang.com/documents/brand_guidelines 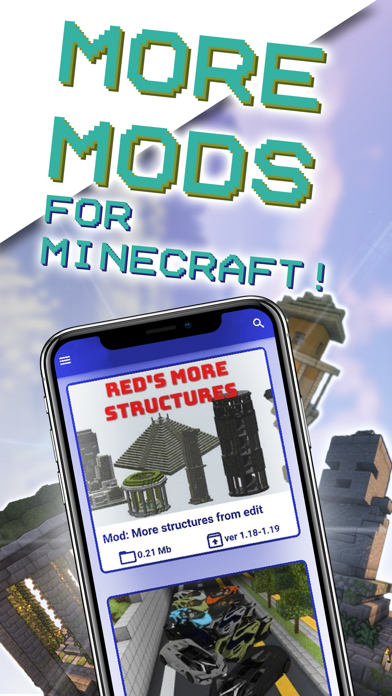 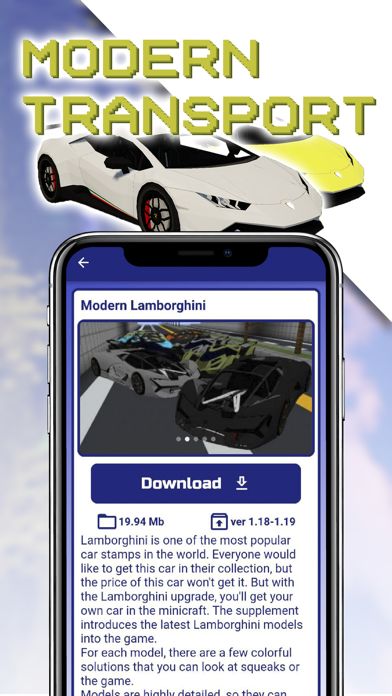 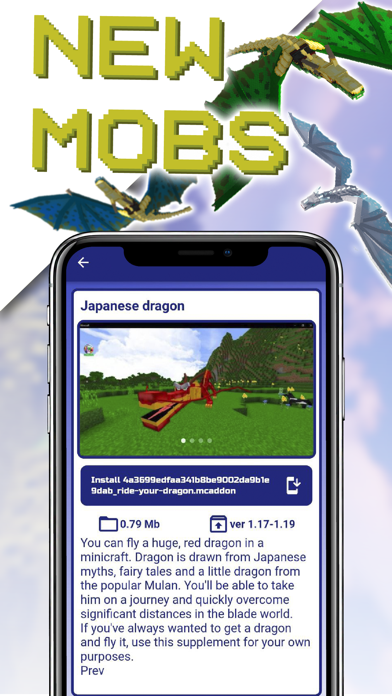 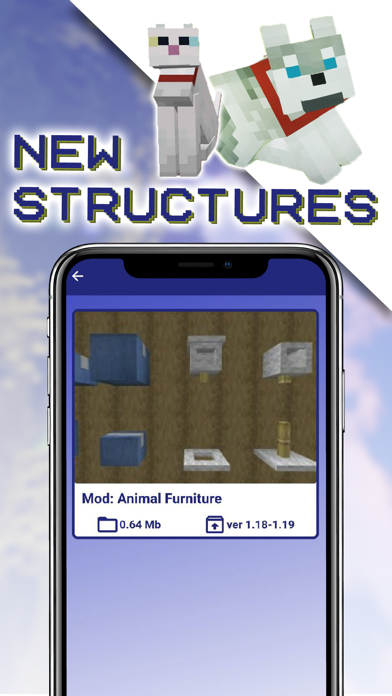